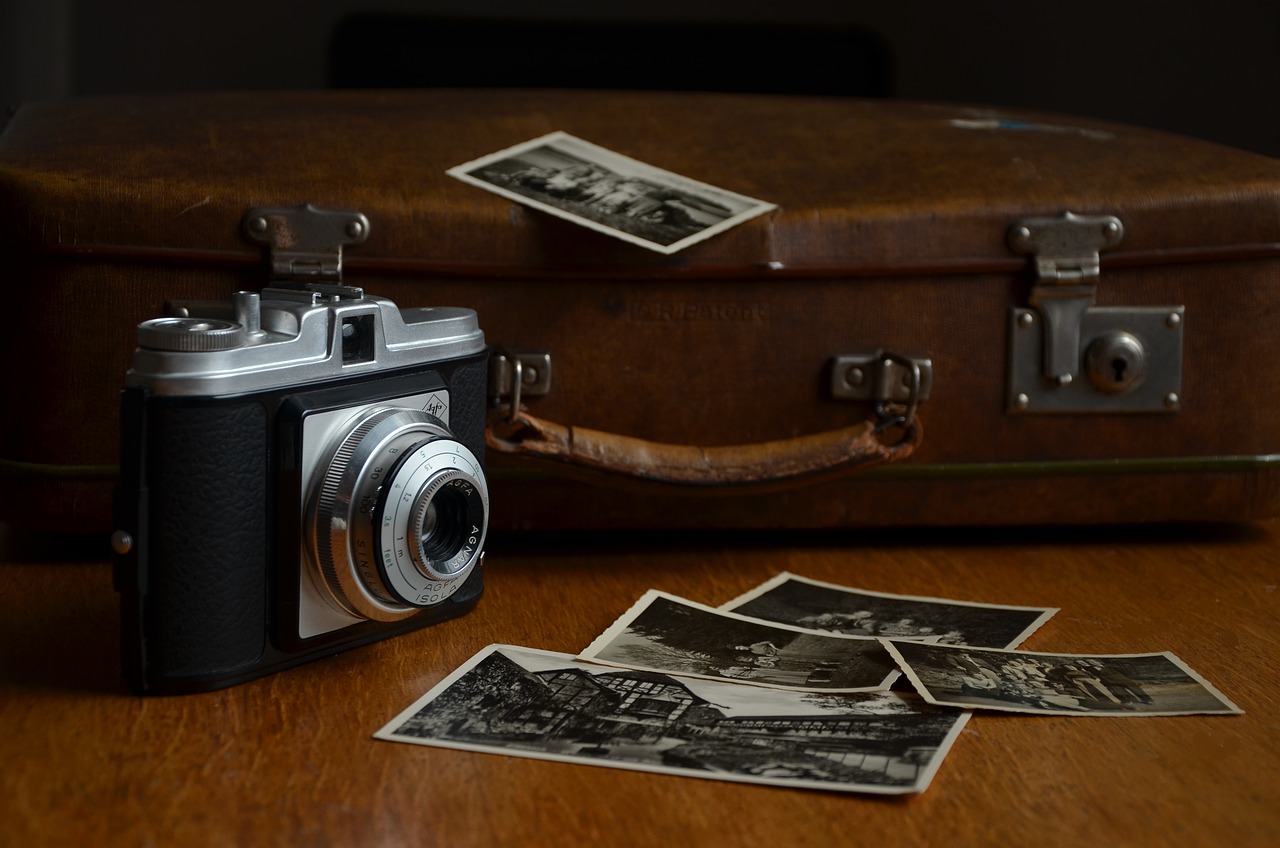 The holiday is coming. We help you choose the best digital camera of your needs.

Definition and measurement criteria
The recommended cameras are mainly focused on mirrorless cameras, with brand-new national prices as a reference. The main reference platforms are the official self-owned stores on Taobao and Jingdong, the official websites of relevant brands, and offline authorized business stores. While recommending the camera, I will list the advantages and disadvantages of the camera, as well as together with the lens that I think has reference value.

The factors that can constitute a camera’s competitiveness are, in my opinion, mainly image quality (frame size), focusing speed, video performance, lens group, portability (size and weight, exterior design), and other aspects. It should be noted that “is it worth buying” is a very subjective issue, perhaps for some users, indicators such as body expandability and triple defense performance are also important, but I do not have similar usage scenarios and needs, so it is not included in my scope of examination.

Considering that people are generally more sensitive to price, so I will recommend the camera based on price. The following recommended machines without special instructions only indicate the price of a single camera body.

First, a word about myself
If you want to make your recommendation more convincing, it’s not about proving to the reader how objective you are, but rather confessing to the reader your own position and perspective of consideration. That’s why I feel it’s important to briefly explain my starting point before recommending a camera.

I’m an ordinary photography enthusiast, and besides traveling, I’ve grown to enjoy exploring familiar cities with my camera on my back in my spare time. The first camera I came across was Nikon’s D90 and I started using it frequently around 2015. Although it was the first Nikon camera with video capabilities at the time.

Before this, I have been using Nikon SLR camera, because it is excellent image quality, everyone is using Sony’s sensor, but he was able to tune than Sony is better than some; reliable workmanship, my D750 in dozens of centimeters above the ground fell on the ground full of stones, but only scratch a layer of dust, wipe a little, not even a big scratch left. Although it has the disadvantage of backward focus and video shooting system, but it does not affect my use.

I bought a Sony α7R3A in 2021 when the video follow focus function of major camera manufacturers became more sophisticated and I started to look forward to using video to record my life, so I bought a Sony α7R3A in 2021, and at this time, I was a photographer who still mainly took still photos but also shot a little video (about 7:3). The stability of the camera’s video tracking system and the color grading space for post-editing video files are becoming increasingly important.

To sum up, the order of factors I consider whether a camera is worth buying is image quality (frame size) > focus speed ≈ lens group > video performance (focus tracking system, image profile, encapsulation bitrate, etc.) > portability. Due to my usage habits, the following cameras are the ones that I searched as much as possible to find the best possible image quality and performance at a certain price, in the most portable size possible, with more attention to the image quality performance of stills.

Panasonic GX9
Pros:
The M43 format still has a relatively large depth-of-field advantage compared to cell phones.
The paraxial-like design is portable and compact, and the foldable viewfinder is interesting.
DFD focus can handle non-professional still image shooting.
The human-computer interaction and quality control of a major home appliance manufacturer is always online.
The body five-axis stabilization performance is excellent.
Cons:
The frame is relatively small, night photography struggle. (But the body with a small flash)
Video recording focus is not reliable.

Summary
The M43 format is not a popular camera in the field of “small”, and the APS-C format and even full-frame have obvious differences in high-sensitivity performance and tolerance. But if you just want to take a portable camera to retain the ritual of pressing the shutter, or just want to take photos with as little burden as possible to distinguish it from a cell phone, or already have professional shooting equipment and want to shoot more casually, the GX9 is a good choice.

Pros:
Relatively good image quality and high-sensitivity performance in APS-C format.
Real-time eye tracking for pictures and videos is reliable.
Flip-out display is convenient for selfies and suitable for vlogging beginners.
Interchangeable lens mounts. Sony has a good selection of lenses to choose from, so you can be frugal.

The camera has a variety of built-in image profiles to choose from.

Summary
The ZV-E10 is a very expandable camera. It has powerful features that people can trust, and its compact body doesn’t have much baggage to carry, allowing entry-level photographers to take good photos without extra effort. When the technology advances, shooters can still use it to explore new ways of shooting and create better work.

Pros:
Excellent ergonomics and human-computer interaction
Good picture quality image quality from APS-C format sensor
Picture and video autofocus basically works.
Side flip screen. While both the ZV-E10 and Sony have side flip screens, the Z30 is more focused on still photography and the ZV-E10 is more focused on video creation.
The Z-mount can be transferred to Sony E-port lenses via an adapter ring, indirectly bringing a rich group of lenses.

Summary
If you look at the Z30’s parameters alone, it’s not a very sincere camera, without many revolutionary features and parameters, but perhaps that’s what allowed Nikon to put enough effort in enough time to hone the Z30 into a handy shooting tool. If you’re not on a budget and want a reliable enough camera for your graphic photography journey, the Z30 is a good choice.

Canon EOS R10
Pros:
Has Canon’s ancestral dual-core autofocus system that can distinguish between animals, faces, vehicles and other shooting subjects, which is considered very reliable among the competition.
Has the possibility of higher in-camera panoramic shooting and in-camera depth-of-field synthesis function. (Handheld camera can still produce film)
Although Canon has positioned this camera as an entry-level camera, there is no significant neutering of the control experience. 6k oversampling is used for 4k video, and 1080p has a 120 fps option.
Mechanical shutter burst is 15 frames per second, and electronic shutter burst is 23 frames per second.

Cons:
Shooting RAW format photo cache can only support less than two seconds.
The body does not have five-axis stabilization.
The fastest shutter speed is only 1/4000 second.
Video shooting does not have Log files.
The price of the native lens group is relatively high.
The R10 is still at a premium, and the original price of $5,399 is still quite expensive.

Summary
The R10 has a very impressive performance at its own price point, the only drawback may be that it is difficult to buy at the original price.

Cons:
The appearance has not been associated with retro.
Body workmanship material by the user’s criticism.
Although close to discontinued but still difficult to buy the original price, need a long waiting list or increase the price.
Recommended lenses: Sigma and Tenglong X-mount lens group.

Summary
The X-S10 is a maverick in Fuji’s camera lineup, with rich film simulation and five-axis stabilization, making it a good choice if you don’t value Fuji’s retro look and can buy it at its original price. One thing to consider is that it has been released two years ago, and it is said that it may be iterated next year.

Nikon Z5
Pros:
As a z system full frame entry camera but in the workmanship and materials are not too obvious shrinkage, using titanium alloy frame, dual sd card slot, five-axis stabilization, up to 1/8000 seconds shutter is still retained.
The Z-mount has a better and progressively better lens group. With 25-50mm f/4-6.3 lens for $7999, it should be the cheapest full-frame microsingle package you can buy at the moment.

Cons:
Autofocus is slightly inferior compared to other full-frame micros (but I actually tested it to be more reliable than the Panasonic focus)
No image profiles such as N-Log.
Low continuous shooting speed. (4.5 frames / sec).

Summary
You can always trust Nikon to make cameras. This camera is for users who have a lot of Nikon F-port lenses, or who want to get into the Nikon Z system but are shy. Don’t doubt that this Nikon entry full-frame mirrorless camera can still give you a great photo experience. This has been the case from the DSLR era to the mirrorless era.

The Panasonic S5 is a camera that takes time to get to know the habits. If one is willing to take the time and effort to break it in slowly, it will bring you endless possibilities, both as a productivity tool and as an enthusiast’s shooting camera.

Cons:
Card slot and shutter speed specifications are neutered. Because of the reduced size of the body, so the body grip has a significant decline.

Summary
If you want to find a full-frame compact interchangeable lens camera. After two years, the α7c is still your only choice.

Pros:
As a third generation camera that has been out for 5 years, the focus is still reliable.
Full-frame sensor, 45 megapixels, and nearly 12 stops of dynamic range.
Ten frames per second burst shooting and a dynamic range of nearly 12 stops.
There is video recording equipped with image profiles such as S-Log.

Summary
The α7R3A is a classic model with a good balance between pixels, high sensitivity and focus. Except for the resolution, even the fourth and fifth generations of the R product line are not as good as the third generation models. For still photo enthusiasts, it can be considered a “graduation kit”.

Pros:
Being an all-rounder with 33 megapixels.
Has an even better focus system than the third generation camera.
Can record 4k 30 fps without crop or 4k 50/60 fps 10bit 4:2:2 in cropped state.
After six months of premium phase, the current offline camera store national price has broken, if the budget is sufficient, it is a very long time performance will not be outdated machine.

Cons:
Body quality control by some users of the criticism.

Recommended lens: the same as above.

Summary
The α7M4 is the most balanced machine in terms of image and picture performance at this price point. (Probably not one of them).

Conclusion
This article attempts to analyze and recommend photography equipment from the perspective of a still photography user. With the continuous development of camera hardware, the products of various manufacturers have become more and more mature and powerful, and gradually come to the bottleneck. Generally speaking, in the same price point, the difference in features and performance between competing products is not obvious, the difference is only for the different use of the environment, the difference in the strength of the function. In the case of a certain budget, no one can have a perfect camera. Therefore, rather than the need to select a camera, the selection of their own use of this photographic equipment will go down the road.

Good luck to buy the camera of your choice, more good film.