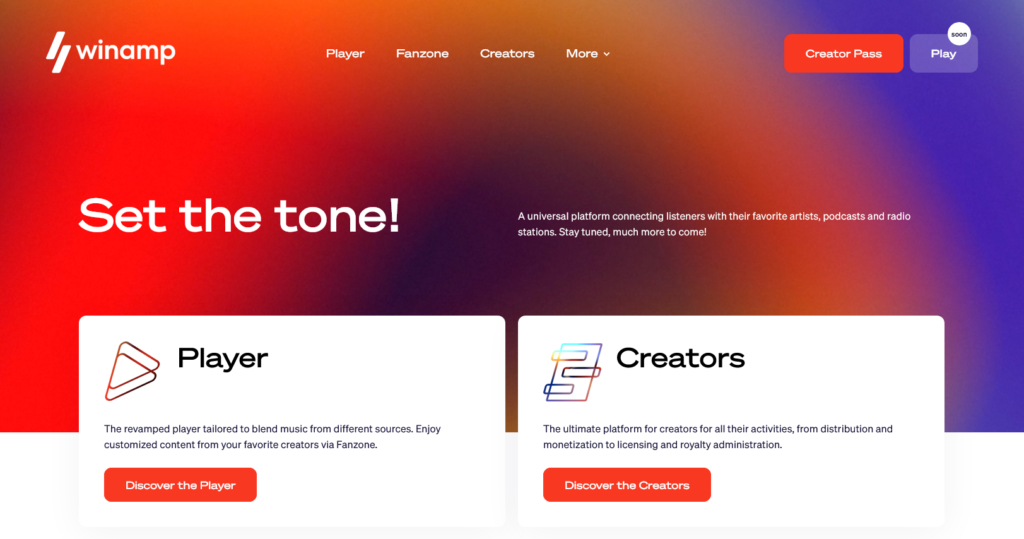 WinAMP is a quite classic old local MP3 music player software, once synonymous with Windows music player, and Foobar said the king of music player industry! This ancient artifact can be said to be the memory of a generation. But from QQ music, Netease cloud music and other network music rise, stand-alone player began to fade out of people’s vision

The player was originally developed by Nullsoft, from free to paid, and then back to free software, WinAMP has experienced various storms, and it is still updated to this day, which is also a rare thing. Compared to Foobar’s simplicity, WinAMP features a more gorgeous interface, themed skins, and equally rich plugin extensions.

WinAMP can support playback of almost all common mainstream music multimedia formats, including: MP3, MP2, MIDI, MOD, AAC, FLAC, APE, OG, WAV, WMA, etc. At the same time, the software also has the most basic playlist and media library and EQ control and other functions, music playback and management functions are complete.

The latest version of WinAMP is more complete in terms of features, mainly improving the compatibility with the new operating system Windows 11, supporting HTTPS streaming, and also supporting Hi-Res (24bit/192kHz) and VP8 and other HD sound quality modes.

Once upon a time, WinAMP and WinZip, ACDSee, etc., are one of the software that computers must install, but unfortunately, time has passed, and the software has disappeared. But admittedly, it is still one of the best local music players. If you also need to play lossless music like MP3 or FLAC on your computer, then the classic WinAMP is still very good.

Because WinAMP software is relatively old, the default support for HiDPi high resolution is not good enough, and some skins will be very small on the high resolution screen. The previous versions can be completely removed by using the apps and guides on this site.